Many actions.
One movement.

This is a call to all to organise poetry readings with friends, with other poets, in their cities and countries, in person or virtually, to celebrate an event like the Carnation Revolution in Portugal on 25 April 1974, when the people of that country took to the streets and placed red carnations in the barrels of the troops’ rifles and tank barrels, in the midst of a general uprising, which brought an end to the fascist dictatorship.

It will be especially valuable for all to publish your actions on these pages, supported by photographs and videos, and also to record your own poems in your mobile phones.

Access the historical archives of the previous calls and poetry actions that the World Poetry Movement has developed in the past. 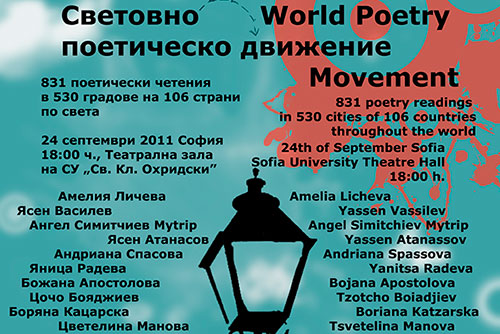 It was about celebrating the deep symbolism embodied in this new world poetry action, where essential forces come together and which has an impact on the heart of the human history – a history that seems still to go against the grain of life itself.

Towards The Great New Times. 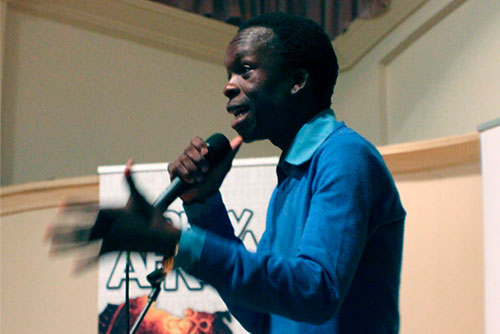 There’s a poem being written by the people of the world” and it is filled with cries for justice and real democracy, with all the aspects of life—-from the economic to the ecological—that were part of the very formation of the WPM itself, simply because they are part of the fabric of people’s yearnings everywhere.

In honor to the poets Rabindranath Tagore, Pablo Neruda and Aimé Césaire. 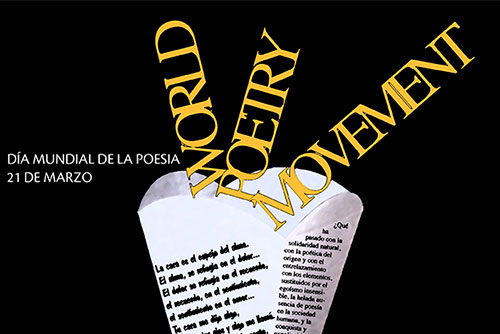 Their activism and literary works confronted the contradictions of an unequal and unjust world system and developed a new understanding of their society and the world in order to establish a concrete and universal humanism.

His poetry is emblematic of the American telluric. 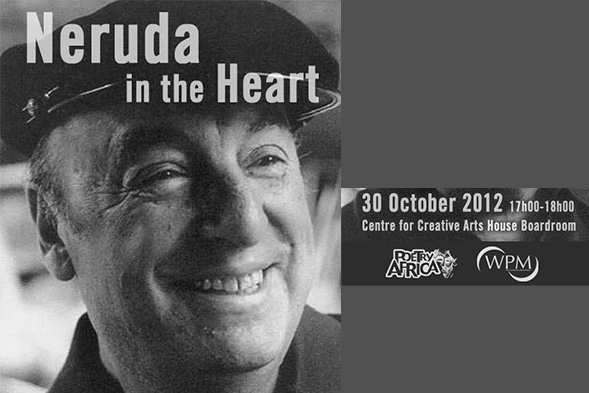 The humanity of the poet Pablo Neruda was the testimony of a dream in action, of an active utopia that did not rest a single day of his public and private life, he was at the forefront, defending life through thedignified, universal voice of his poetry, always changing, always moving and attentive to the vicissitudes of everyday life. 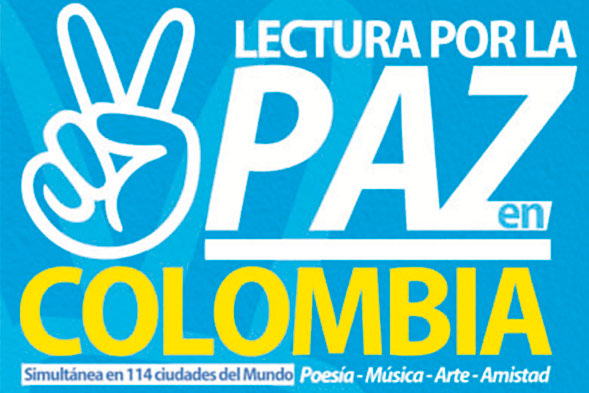 They was held in 117 cities from 63 countries, as an expression of solidarity with the peace talks between the Government of Colombia and the Revolutionary Armed Forces of Colombia (FARC), being carried out in Havana.

For provide the basic necessities of life. 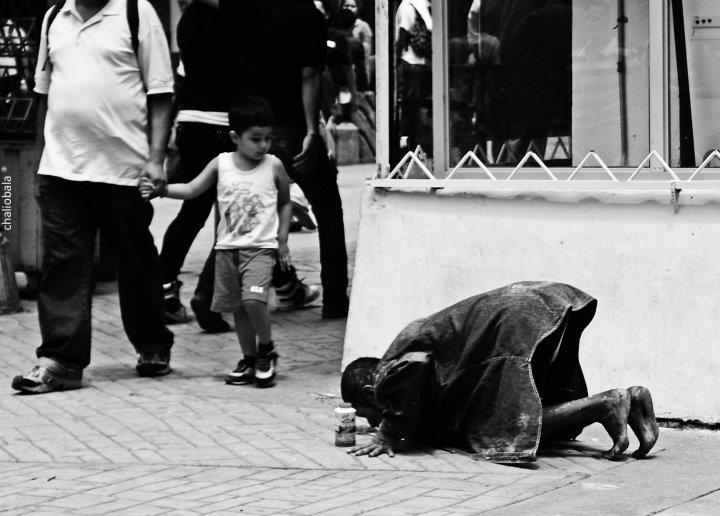 On Earth survive 1.300 million of absolute poverty, according to the World Bank.
One of eight human beings in the world goes to bed every night without eating.
Over 60 % of the world population suffers malnourishment.

For Peace, Justice and Poetry. 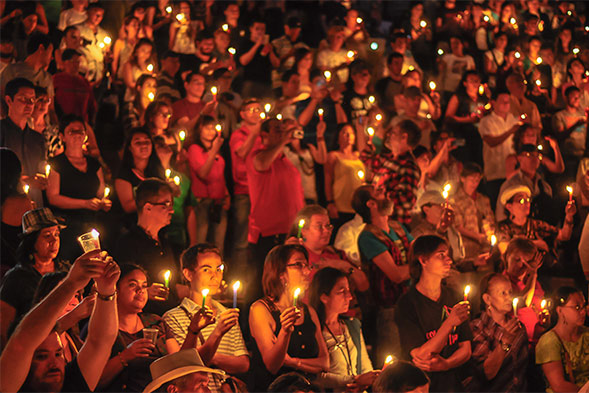 Hundreds of millions of people have died over 60 centuries of civilization due to the brutal hand of war. Regarding this, Dylan Thomas wrote: “The hand that signed the paper felled a city;/ Five sovereign fingers taxed the breath,/ Doubled the globe of dead”.

Demand for governments to act as if they love their people. 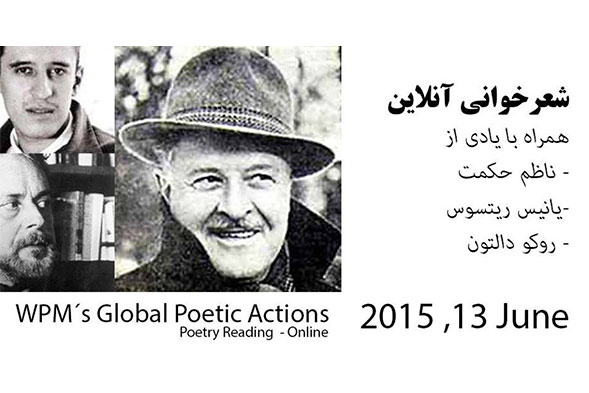 The resonance of three great poets to spiritually guide the Month of Maydays: the Greek poet Yannis Ritsos, the Turkish poet Nazim Hikmet, who spent 26 in prison for his poetic and political beliefs; and Roque Dalton, the majestic El Salvadorian poet.

For the cessation of wars and the generous political settlement of all conflicts. 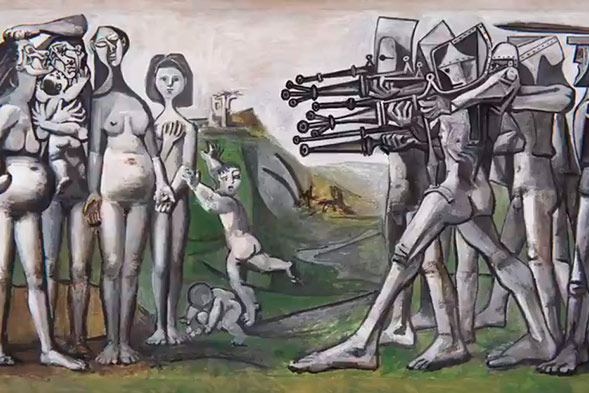 Bloody gold is more valuable than water, glaciers and moors are destroyed to obtain it, drying up the subterranean water sources and natural reserves on the planet. The success of chaos goes hand in hand with the slaughter of innocents.

Opening our arms to the life of other human beings. 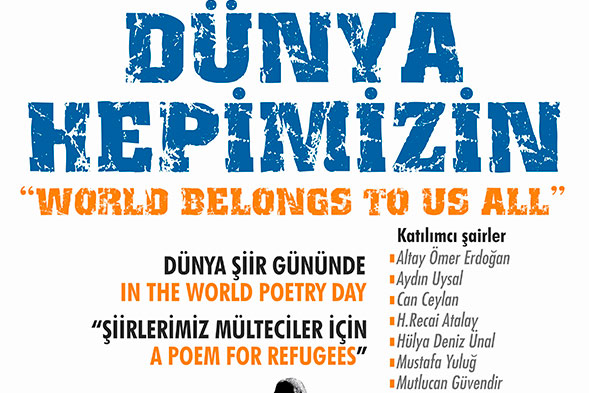 One million refugees have entered Germany from the Middle East, Kosovo and Albania; 180,000 have entered Sweden and nearly 100,000 people have fled to Austria. They are fleeing from war, NATO bombers, despair, angst, death. Human beings flee from inhuman beings.

Against War and for Peace on Earth. 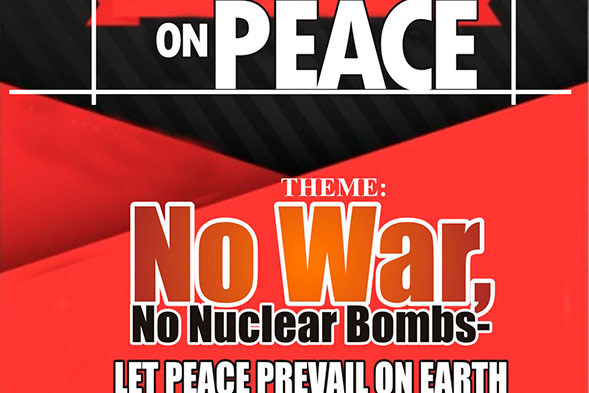 A world scourged by violence, iniquity, cannot expect from its poets and artists anything less than forceful action deploying the best of the human spirit vis-à-vis the inexorable fate which the powerful of the Earth want to impose on us as humankind’s sole destiny.

More information
Against Racism and Xenophobia -04.2017-

Energies and poetic inspirations around this never-ending human responsibility. 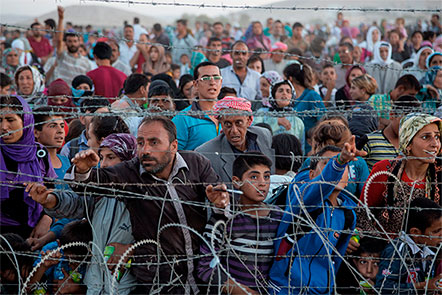 One of the main reason of the hatred to the “other” from the ancient times to these days, as well as the ignorance on the every human being’s uniqueness s and the lack of the moral values, is surely the covetous aims or subconscious instincts towards the exploitation and plundering of these “others”…

Let the poems of the hopes of the peoples sound like the drums of freedom. 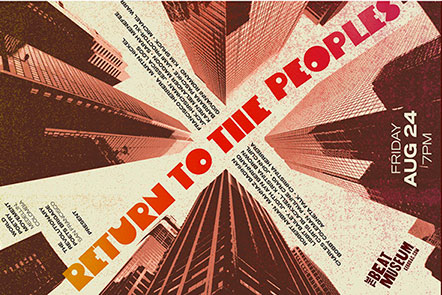 It’s time to end the privatization of property and transform the corporations into public institutions distributing commodities to human beings according to their needs.

Build a longer table not a higher wall. 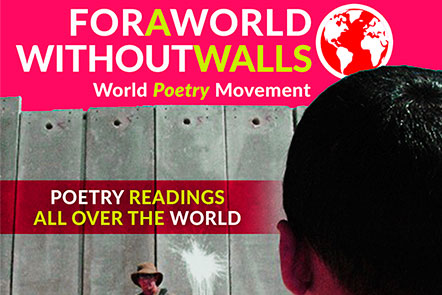 Poetry can break down those walls that separate people by gender, religion, race, place of origin, age, social class or nationality. Because poetry, when it speaks the language of simple people, is able to raise the masses.

Peace is the essential goal of humanity.

Since immemorial times human beings were imbued with a sense of justice, consciousness and the right to life as uppermost values that make up the principles of human rights.
If the poetry has its place among the main paths of self expression of mankind, it should be indispensable to underline the kindred relationship  between the poetry and peace.