Poetry as Contagion: Language is a Virus

The microscopic coronavirus forces humans to reconsider their existence on a macroscopic level, as collective, as swarm, as massed body. Poetry, like everything else, has been affected by these changed relations, as can be seen in the weekly online gatherings of Language is a Virus. With a name derived from William Burroughs (though the phrase itself was made famous by sound artist Laurie Anderson), this informal group of poets with an interest in sound, visual art and performance is orchestrated by two Chilean poets, Felipe Cussen in Santiago and Martín Bakero in Paris. Every week since April 2020, a poet or artist has presented their work, either giving a live performance or offering a retrospective of previous work via film. A discussion follows, and the final part of the session is dedicated to a collective sound improvisation. 2020 is significant for being the point at which new technological possibilities, combined with previous decades of international exchange and collaboration, have enabled twenty or thirty sound poets to improvise virtually across continents, with contributors from Chile, Argentina, Uruguay, Mexico, the USA, France, Belgium, Germany, Spain, Switzerland, Austria, Slovakia, the Czech Republic and the UK. See de website here

Viral poetry does not observe national boundaries; it mutates endlessly. This loosely fluctuating group of poets reflects a previous history of transatlantic interactions, particularly those linking Chile with Europe. It includes, for example, Chilean poets Andrés Anwandter, Martín Gubbins and Luna Montenegro, who all attended Bob Cobbing’s Writers Forum workshops in London in the early 2000s https://occasionalpapers.org/product/boooook-the-life-and-work-of-bob-cobbing/. Cobbing’s sound and concrete poetry, linking him to communities in Brazil, Canada, Sweden and France, yet also located in an English working-class perspective, could not have been further removed from the UK poetry mainstream of the time. Participatory rather than critical, his workshops introduced new generations to a practice that fused the legacies of Dada and Futurism with alertness to new understandings of language, sign and sound as material. For Chilean poets involved, their position between languages became a creative strength, enabling them to shatter distinctions between verbal, visual and vocal expression.

On his return to Santiago in 2003, Gubbins’ experience was the inspiration for the Foro de Escritores https://martingubbins.cl/fde/, founded collectively with the aim of replicating that collective experience of shared sound and visual poetry. It drew on the international contacts of other Chilean poets, artists and musicians: Cussen, a musician, poet and critic, had encountered sound poetry in Barcelona via Eduard Escoffet and his Proposta festival; Gregorio Fontén had studied music in London, while visual artist Anamaría Briede sent dispatches from Berlin. Kurt Folch, a noted translator from English, was involved, while Bakero was becoming part of a sound poetry scene in Paris. However, far from simply importing a European model, the Foro de Escritores in Santiago can be seen in terms of a diverse history of experimentation ranging from Latin American concrete poetry to Argentinian mail art and including key figures such as Uruguayan poet Clemente Padín. It drew on a tradition in Chilean poetry stretching back to Vicente Huidobro’s visual poetry of the early 20th Century, Huidobro himself being a poet whose work took shape between Santiago and Paris https://www.princeton.edu/~graphicarts/2010/08/vincente_huidobro.html. Following an active phase of performance and print publication, the Foro de Escritores led to PM, Festival de Poesía y Música, founded in 2014 and continuing https://www.festivalpm.cl/.

Language is a Virus has continuities of friendship with Foro de Escritores, and is a development of its multidisciplinary approach. It has included film, dance, installation art and music, expanding the reach of poetry but always coming back to the physicality of voice, page and screen. More practically, it has been a space for artists and poets to develop the creative possibilities of Zoom, often exploring the subtleties of an audio interface for live sound, as in Heike Fiedler’s multilingual voice and electronics from Switzerland, or the use of digital backdrops to layer visual effects as demonstrated in Scott Thurston’s dance and poetry performance from the UK. Sometimes, as in Gregorio Fontén’s film of a powerful installation work, it has been a reminder of the spaces waiting to be refilled with sound after the pandemic. At other times, such as in Cecilia Vicuña’s session, it has allowed an intimacy and directness of conversation across continents that would have been impossible to achieve in an in-person context. Although presented in English for practical reasons, it has involved multiple approaches to moving between languages, from Edwin Torres’ dynamic swerves between English, Spanish and all the sounds in between to Anamaría Briede’s simultaneous translation of sound poetry into drawings. Recordings of all the events are available on YouTube https://www.youtube.com/channel/UCasW7il45Phtbc7HaPeq0cg/videos, where they reveal the formation of a structure that feels entirely new. Language is a Virus, in its first year, has been sustained by the energy of its co-hosts, Cussen and Bakero, for whom curating is creating, and the making of a collective space is integral to the practice of being a poet.

While the global experience of the pandemic has revealed the indifference of the biological virus, it has focused attention on human relationships. Against a background of political instability including the struggle for the new Chilean constitution, the Trump administration and Brexit, effects of the virus have illuminated the need for community, physical proximity, and being with others. Against isolation and isolationism, how do we relearn how to listen to each other? For Bakero, the presence created by poetry, even virtually, is crucial: “From another dimension, human beings look like a body, like a shoal of fish sensing each other’s presence. That kind of connection between bodies is something we’ve lost. Poetry can bring it back.” Language is a Virus is shaped by the geographical contours of previous poetry communities that existed in real space, but its poetry of shared voices, until now reliant on the closeness of bodies, has transmuted into a virtual form where it is equally contagious.

The land that carries us we carry too: Sbeiba

By Achour Fenni, National Coordinator of WPM in Algeria This is the name of the first month in the lunar calendar in 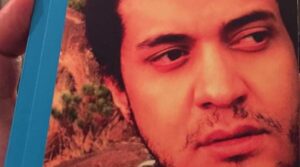 Palestinian poet Ashraf Fayad has been released by the Saudi Arabian authorities thanks to worldwide pressure, after overcoming a death sentence for

Madness: An Anthology of World Poetry

International Call for Poetry 2022!            World Poetry Movement (WPM) Nepal, in collaboration with Redpanda Books, a publication partner in Kathmandu, is