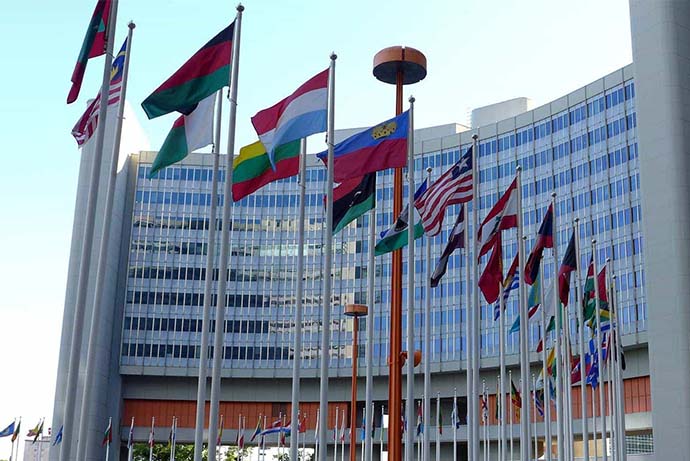 “As poets, we are not women and men of power. We are not among those who run the world. We are neither bankers, nor Heads of State, nor commanders-in-chief”.

To His Excellency António Guterres, Secretary General of the United Nations

We write to you on behalf of the hundreds of poets of all nationalities, gathered in the World Poetry Movement (WPM).

As poets, we are not women and men of power. We are not among those who run the world. We are neither bankers, nor Heads of State, nor commanders-in-chief.

As poets, however, we are accountable for the wealth of words and ideas which form mankind’s beauty, its sense of dignity and hope.

Poets from all places and times have but one true message, i.e., that life is precious, that it deserves to be praised and must be defended.

Nowadays, however, threats to mankind are accumulating.

A minority’s search for immediate profit consistently enforces its selfish and suicidal rule. In order to maintain its dominance, this minority opposes the emergency measures required by the social and environmental challenges. This minority does not hesitate to jeopardize the peoples’ freedom, democracy and sovereignty – to the point of starting another war.

We are indeed concerned when we see how a great country – also the world’s major military power – inspires and supports legal coups in Latin America.

No ruler on this planet should be allowed to be a reckless firebrand unopposed. We expect concrete action from the international community against fire hazards. We need the United Nations’ solidarity to fight the forest fires caused by global warming, like the fires in Australia. And we need that solidarity to prevent the blazes that threaten world peace.

Thank you, Mr. Secretary General, for hearing the voice of the poets of the world, and making it heard among the community of Nations.

Khalid Raissouni: poet and member of the Writer Union of Morocco (Morocco).

Keshab Sigdel: poet and member of Society of Nepali Writers in English (Nepal).